A group of my model railroad friends in Ottawa gathered together in the summer of 2007 at my home on a weekly basis to construct an N-scale model railroad within the confines of a coffee table. The coffee table layout would be raffled off at Ottawa's Railfair and all of the proceed would go to CHEO, the Children's Hospital of Eastern Ontario. Everyone pitched in and worked extremely hard to pull this project off. 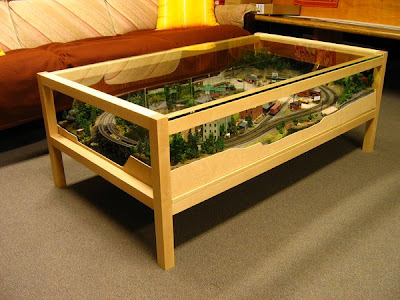 The image above shows the finished coffee table layout in N-scale with double mainlines. About a dozen fellows pitched in on the labour and it truly became a project from the heart for each one of the members of the build. 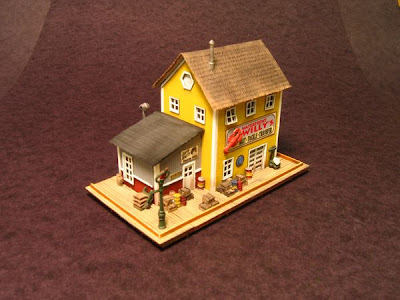 Ron Newby was one of the members who donated a series of structures to the cause all in kit form. Yes, we had to build the structures. I chose this one by Bar Mills to put together. It is called Waterfront Willy's. The only thing missing in this photograph are the pilings that will allow the entire structure, wharf and all, to reside above water level. This was my first foray into N-scale modelling. 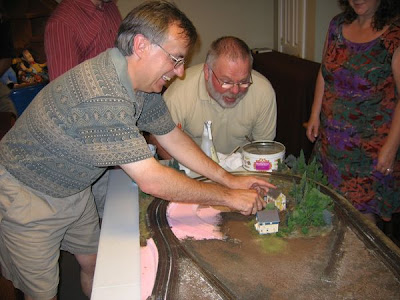 Here I am 'planting' the finished building onto the layout with my good buddy, Chris Lyon, looking on. It was Chris who came up with the idea of having the Friday Night Group lads take on the hospital layout build for that year. 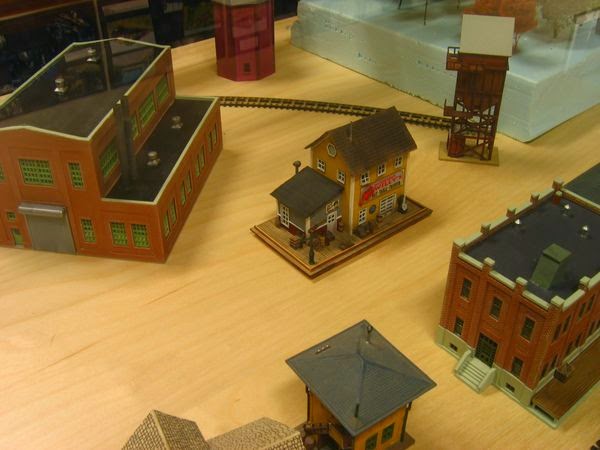 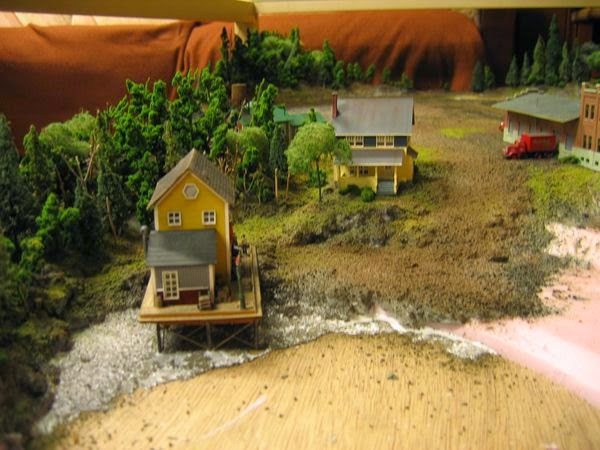 Stepping back in time, this photo shows the structure as placed on the layout with no lake in evidence as yet...just the bare wood. 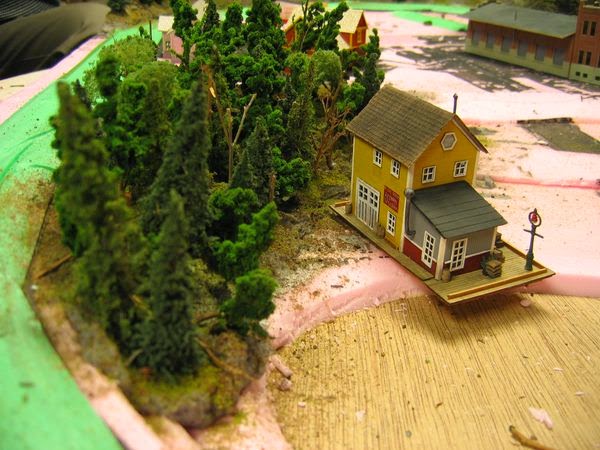 As seen from a slightly different angle. 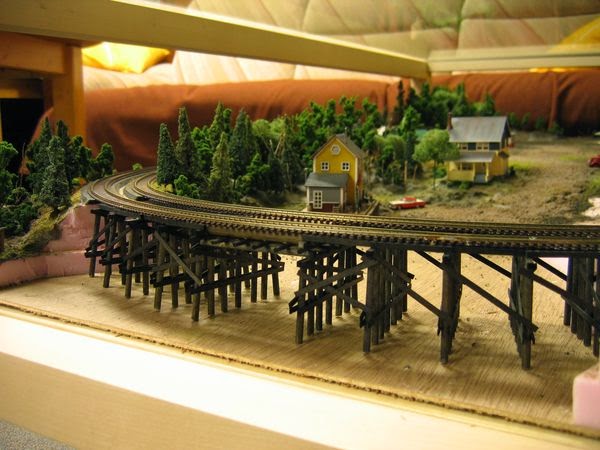 Still another view before the water is poured.  Jim McSherry did a fabulous job on the curved trestle. 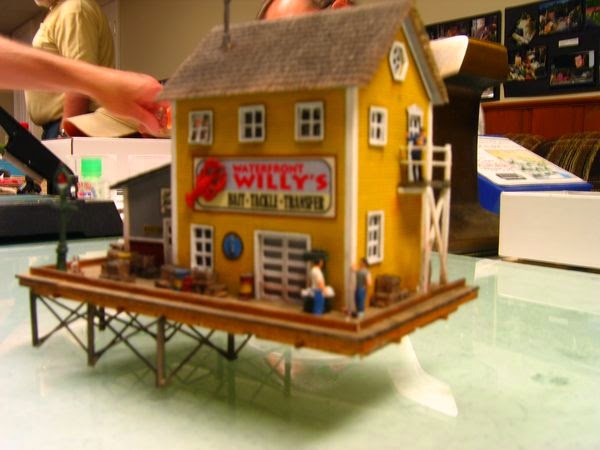 Here I have the supports below the dock.  The area without supports will tuck into the slope on the land. 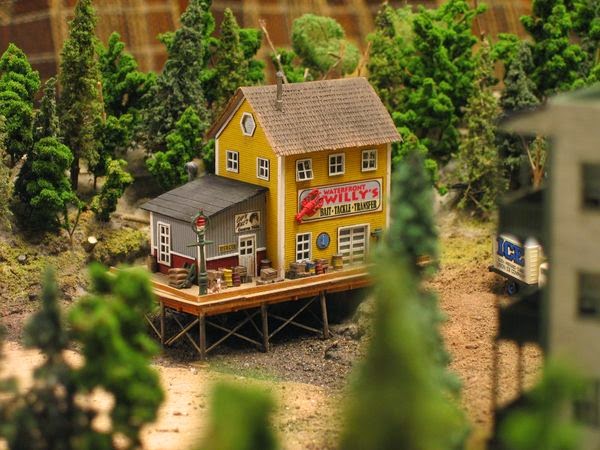 A close-up view at eye level. 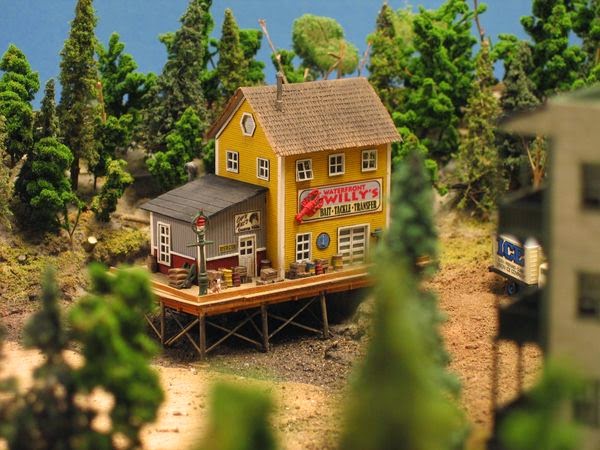 Same view as above with a blue backdrop. 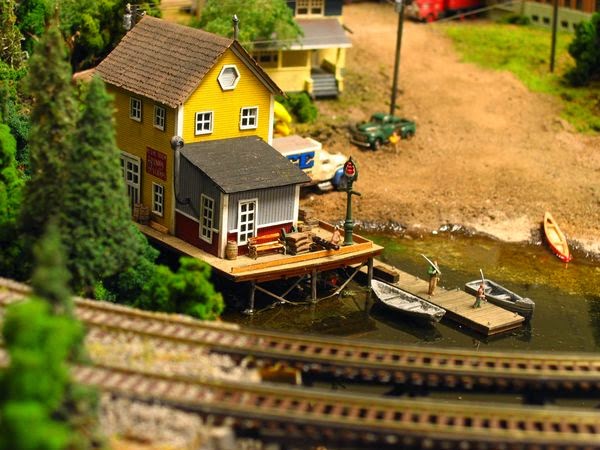 As seen with water in the scene and an addition floating dock added for good measure. 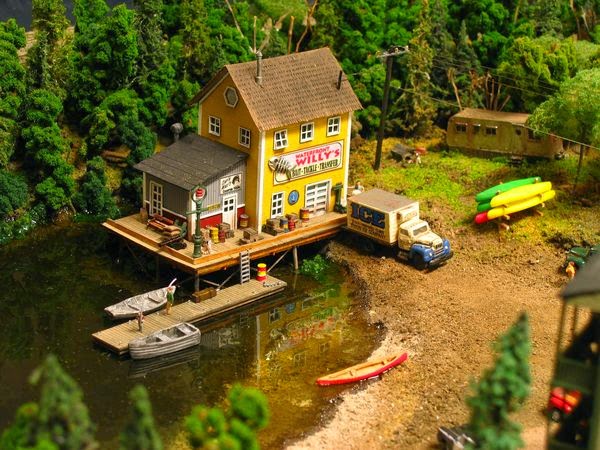 Definitely a lovely looking scene with lots of action around the wharf. 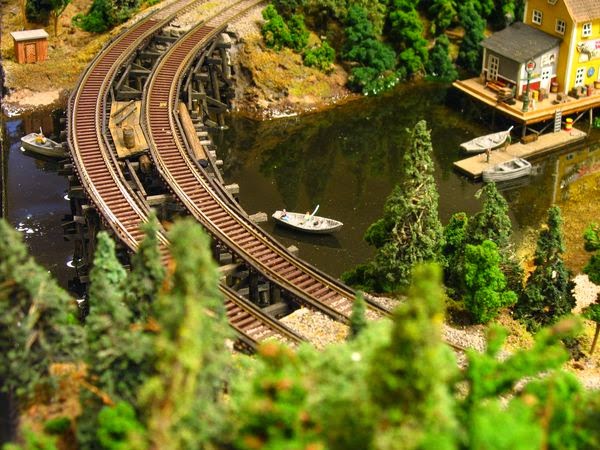 And fishing going on out on the lake. 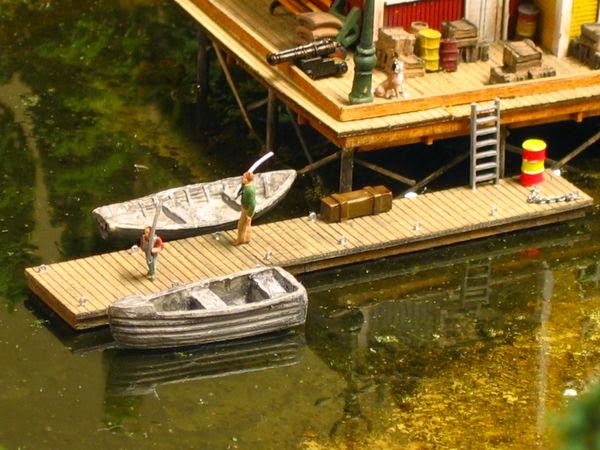 "Did ya catch anything?" they both ask each other. 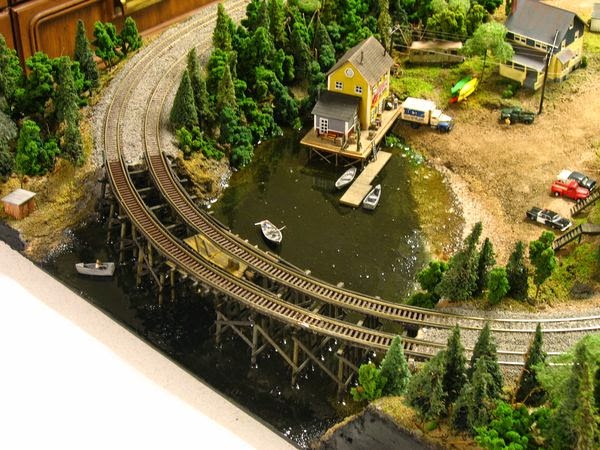 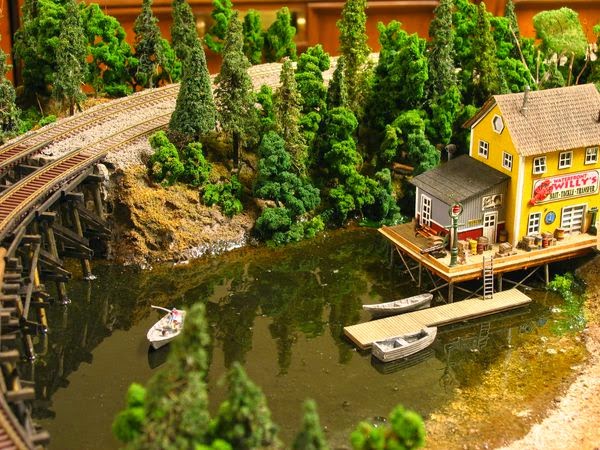 Now we see the entire lake that has been poured beautifully by Bill Meek. Jim McSherry scratchbuilt the double trestle to the left.
.
To see a 26 page summary with many images of the progress of the build visit this thread at the Railroad Line Forum. http://www.railroad-line.com/forum/topic.asp?TOPIC_ID=17503
To see my construction techniques on Waterfront Willy's in N-scale, visit http://www.railroad-line.com/forum/topic.asp?TOPIC_ID=17493