My good friend and fellow Friday Night Group operator, Chris Lyon, asked me one day if I could complete a kit for him, the Alder Models CNoR depot. Chris left a large hard cover book with me where I learned that the Pollockville station produced from Alder Models is a "Third Class" depot...Canadian Northern's most common standard station design. (The Canadian Northern Railway was the largest and most important predecessor of the Canadian National in the west of Canada.) Many of these third class stations were built in the first decade of the 1900's and construction kept up well into the 1920's. 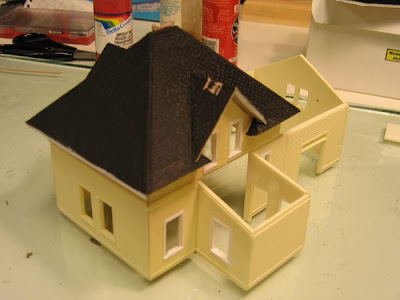 Here is how the kit was presented to me. It is a resin offering. The walls were in place and the roof was on and painted black. I noticed right away that Alder Models offers gorgeous castings. 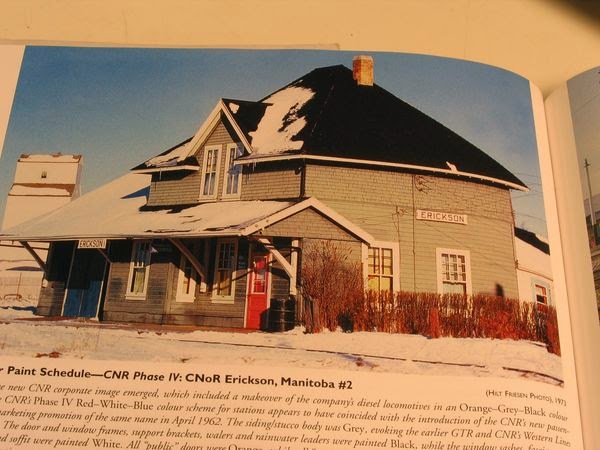 I referenced a number of images of third class stations.  This is the colour scheme Chris wanted for his depot. 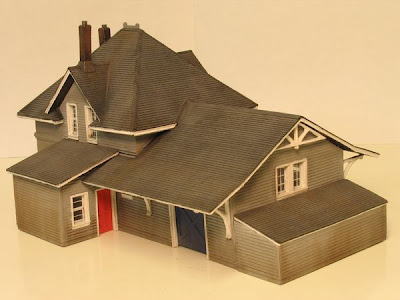 First line of work was to complete the station by adding the lower section you see above. Chris asked me to paint it in the colours of the time...grey with red public doors and blue service doors. 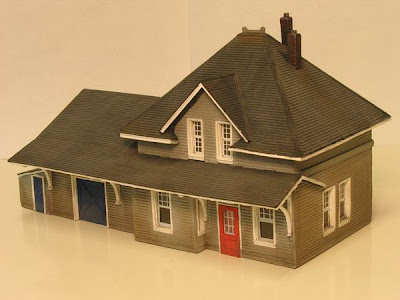 This front view shows just how lovely the sight lines are on the station. CNoR got it right with the look in my opinion. 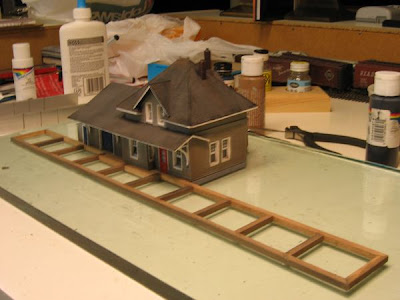 Next step was to scratchbuild a passenger platform out of wood. I stained lengths of wood and weathered them with watered black paint. Then they were cut to size to match the platform width. Note how the width is narrower right in front of the station due to the little exterior protruberance. 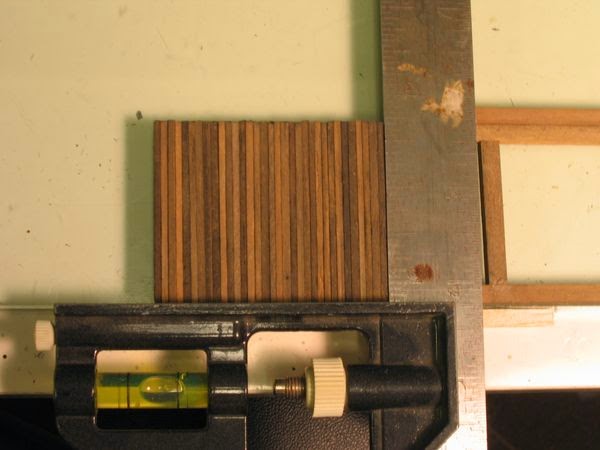 A square ensured that all my planks would line up perfectly after I painted and weathered them. 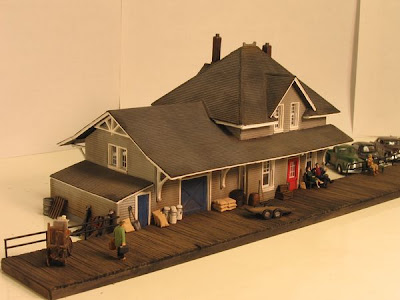 Here is the finished platform with a number of details offered. The cars in the distance help set the scene even though there is no scene at the moment! 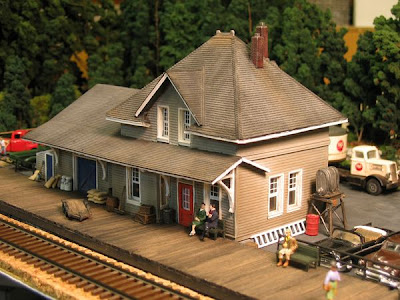 Before handing the finished station back to Chris, I wanted to place it on a diorama and set it in an active location, knowing full well that when it would go to Chris, it would be placed within the context of a quieter and less busy area. 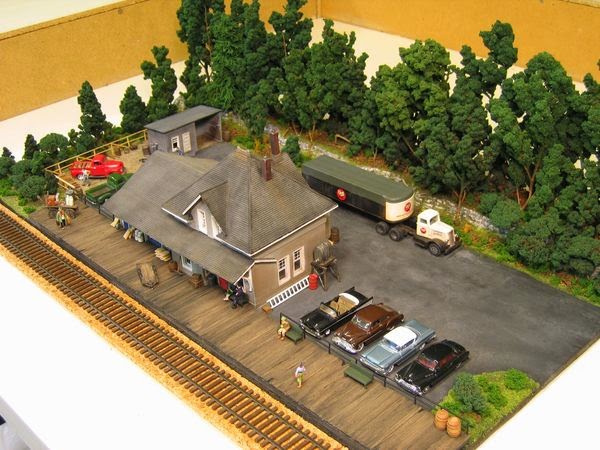 An overall view of the diorama before the structure is lifted and placed on Chris's layout. 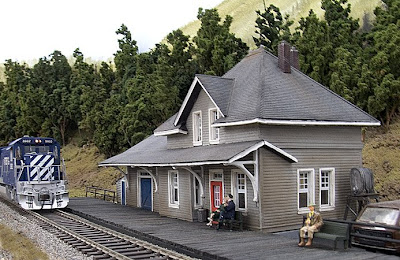 Chris snapped this photograph of the station on his Lyon Valley Northern railroad. It certainly looks at home nestled in the foothills. 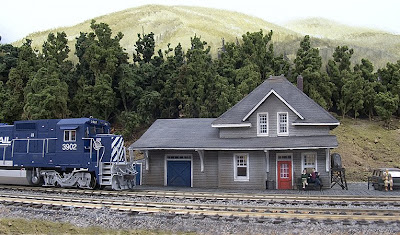 Chris's wider view showcases just how much a show-stopper this scene is taking into consideration his incredible talents with scenery and painted backdrops. 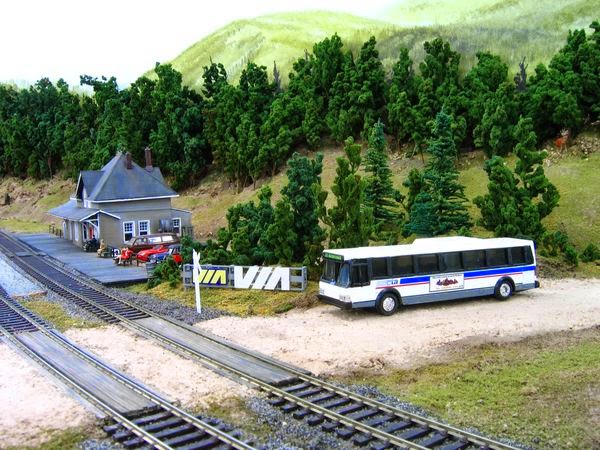 Another view "down the line".